Queen Victoria may have finally met her match on the Jan. 25 episode of ‘The Bachelor’, as Katie Thurston is ready to put an end to her villainous behavior for good!

Katie Thurston is gearing up to put Victoria Larson in her place on this week’s episode of The Bachelor. “Emotions in the house continue to run high, leading to a trash-talking face-off between Victoria and Katie,” a press release for the Jan. 25 episode confirms. “Even former Bachelor Ben Higgins and Bachelor Nation favorite Wells Adams can’t diffuse the drama as things get physical on two group dates.”

Although Katie hasn’t gotten a one-on-one date with Matt James yet this season, she’s made some buzz for her part in the show’s first three episodes. First, she showed up with a sex toy on premiere night, which was obviously a bold move. Then, she confronted Sarah Trott for interrupting her alone time with Matt during the Jan. 18 episode. As the show continues, here’s more to know about Katie:

Why Did Katie Thurston Go Viral On TikTok?

Even before her Bachelor days, Katie was already a social media sensation thanks to a TikTok video that went viral. In May 2020, Katie posted a video of herself sharing a story about when she “s*** [herself] at work.” She went into pretty extensive detail about the situation, which involved drinking an iced coffee at 3:00 in the afternoon. We’ll let you watch the explanation for yourselves (below)!

What Does Katie Thurston Do For A Living?

Katie may be super candid when it comes to sharing her personal life online, but she also has a steady job. She works as a Bank Marketing Manager in Washington state. In a partner, Katie is looking for someone who is equally as ambitious as she is. “Katie is looking for a mature man who has ambitions to succeed in everything he does, both personally and professionally,” her ABC bio reads. “Nothing turns her off more than someone who sits around playing video games all day.”

Although Katie has yet to open up to Matt about her father’s passing on The Bachelor, she did talk to Sarah about losing her father on the Jan. 18 episode of the show. Sarah explained that her father was currently suffering from ALS, and admitted it was hard for her to be away from home while filming the show. Katie revealed that she could, sadly, relate all too well to Sarah’s pain. 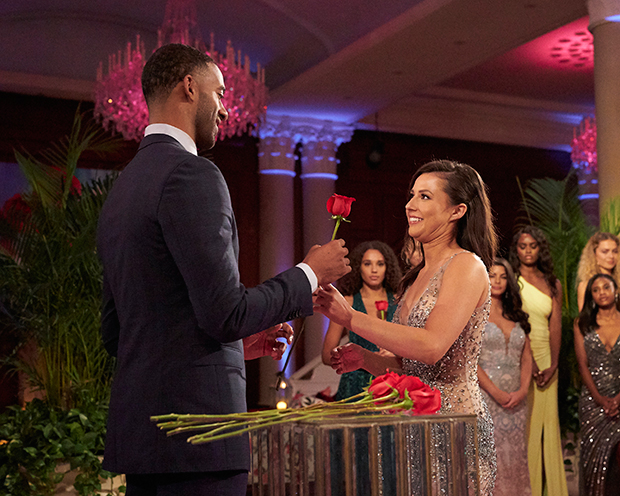 “I 100 percent encourage you to be with him,” Katie urged. “I understand that more than I would like to. I missed out on my goodbye to my dad. I would never want that for you.” Katie didn’t share any details beyond that, but was clearly touched by hearing Sarah’s heartbreaking story.

Does Katie Thurston Have Social Media?

In 2020, Katie “randomly gained a large audience on TikTok,” according to her Instagram bio. Her TikTok username is @ventwithkatie. Fans can also follow her on Instagram, where she already has more than 100,000 followers, at the handle @ventwithkatiee. Her Twitter is @ventwithkatie, just like TikTok.

How Old Is Katie Thurston?

Katie’s Bachelor bio confirms she was 29 when she filmed the show during the fall of 2020. However, she turned 30 on Jan. 3, according to a Jan. 2 post on her Instagram page. “Today marks the last day of my twenties,” Katie wrote. “Life really does pass by quickly. If I died tomorrow, I wouldn’t be happy with what I accomplished. I followed the ‘rules’ of life. Get a career. Save the money .Start that 401k. Buy the house. And for what? An entire decade to pass without feeling fulfilled? This past year, I finally unapologetically loved who I am. I lost people along the way, and that’s ok. We aren’t meant to please everyone. What I do know is life is too short to feel unfulfilled.”

Erik Is Warned Not To Be Controlling – Video – Hollywood Life

Degrassi: The Next Generation Star Jahmil French Is Dead At 29