We have decided to give the DOCU/WORLD Competition Jury award to a film that strikes with its creativity in the filmmaking choices and the positivity of the characters and shows us that making a film under harsh circumstances can also be an act of resilience that can have a positive impact on the family and the community.

Firstly, we would like to give a special mention to a film that puts in the spotlight a world where human rights are continuously violated and gives a voice to the forgotten. For his bravery, making a necessary film in a country where filmmaking is social activism.

We were happy to watch the very interesting programme of Ukrainian documentary feature films. It represents a wide and varied picture of the Ukrainian society, and does it with only five movies. The award in the DOCU/UKRAINE category goes to a unique narrative about a family that seems to consist mostly of creative and sensitive women. Standing their ground in face of the war, they are able to transform their experience into a fulfilling, self-reflective and meaningful action. Similarly, the director translates their story into a complex and multi-layered work with a remarkable meta-aspect that both questions and celebrates the documentary form.

It’s an achievement to have a construction come together as an emotional experience. This is what happens in this film. The voiceover is like listening to a woman in the twilight at a French café. The archive is like sitting in a woman’s memory watching the screen on the inside of her forehead. The reconstruction widens the spoken words. In other words: A film that unfolds before your eyes here and now, despite the fact there is not a single shot from life here and now.

A beautiful story of a child struggling to understand the incomprehensible and traumatic world of her beloved father. With an unexpected turn when the grown-up woman takes over from the little girl. A turn which we will not disclose here. You have to watch Greykey yourself. Preferably, before you yourself become a parent.

The DOCU/SHORT programme was remarkably diverse in terms of formats, themes and visions among the 12 short documentaries that composed it.   We decided to award the Special Mention to a film that distinguishes itself by its non-narrative character, whose simplicity, clarity and concision allows to capture in a small lapse of time the landscape of a city, Kyiv. A tracking shot from a train’s windows becomes a moving mirror of the city’s mutations, of the physical traces from its present and its past.  And as trains always come back to their starting point, making landscapes scroll back and forth, the past is continually replaced by the present, in a circular movement.

The jury has come to a unanimous decision that the prize shall be awarded to the director of the remarkable film Midnight Traveler, Mr Hassan Fazili. Fazili, firsthand, shows the dangers that refugees seeking asylum are facing, and the love shared inside one family on the run. The prize is for the excellent combination of perspectives that paints a vivid and hopeful portrait of a family, as well as a condemnation of the refugee crisis. For the strong and credible characters, and for the director’s ability to  cinematically convey a relevant and universal topic in a way that engages and motivates the viewer to get involved in the development/solution of the issue depicted in the film.

The film raises the topic about the identity, place of an individual in society, the freedom of choice and the place of the religion in the school system through a story of an interesting character, a Malawian teenager who finds himself torn between his African roots and Chinese upbringing. It also gives us, the viewers, a new angle on the conditions in which teenagers are growing up in Africa nowadays.

The decision of the Jury was not to evaluate this film in the competition and to set it apart, since any film about the war in Ukraine is very important, the most important, and it is beyond discussion.

We, the Teens’ Jury, have chosen the film Immortal as the winner.

The film touches upon the problems of thousands of lives and many generations. The film’s protagonists are children, and the city is the background and a symbol of the system’s hopelessness which generations have been unable to escape. In addition to the striking dramaturgy, one can also note the gorgeous visuals: the cinematography, editing and color correction look whole and organic, conveying the atmosphere and the mood. The film is built on rhythms, visual and audial, which add to the power of the metaphorical in which everyone can see something of their own. The film doesn’t show anything for no reason, every shot is connected to dozens of others, and this is what produces the impression of wholeness and completeness. Immortal is the case when visual connections produce connections of meanings. One of the key problems in the film is the process of children’s initiation into war.

The issue of bringing children up under conditions of endless militarization is very important in the present world, in which this problem seemingly should not exist. As we watched the film, we got completely immersed in the atmosphere of an industrial city, and felt like we were its parts. We looked in a new way at what adults and children can face in the 21st century.

We believe that the film Punks is noteworthy primarily due to its exceptional and augmented story composition: it is a proof that complex conflict and visible changes in characters are not the “prerogatives” of feature film. Punks have a certain multilayeredness: we can see dramaturgy at the level of specific characters, at the level of interaction between the characters, and at the level of these characters’ relations with society and, finally, the enormous “outside” world. Visually, the film is also very successful: at many points, we watch the characters through portrait shots, which is very appropriate for the film’s topic; it is as if we can see what is happening inside the characters, and that is what interests and concerns representatives of another level, society, that is what they interact with closely and in a rather particular way.

It is always a big challenge to select the best film in the human rights section of festivals. First, because the festivals where the film is having its regional premiere, not international one, have the opportunity to make a very strong selection, sort of crème de la crème of films. Second, because a human rights section includes such a wide variety of subjects, all of them very important, which makes the choice almost impossible.

So this year, we decided that the Current Time Award will go not only to the film that makes a significant contribution to the discussion of human dignity, freedom and equality, but also to the film that, with the fact of being made, accomplishes the task of applying the human rights principles to the benefit of the protagonists of the film.

With this award, we honor the bravery of the film director, and we acknowledge and wish to support his long path to salvation and freedom.

For tender, boundless love for people and life. For desperate honesty in opening new unexpected features of the world which seemed understandable until now. 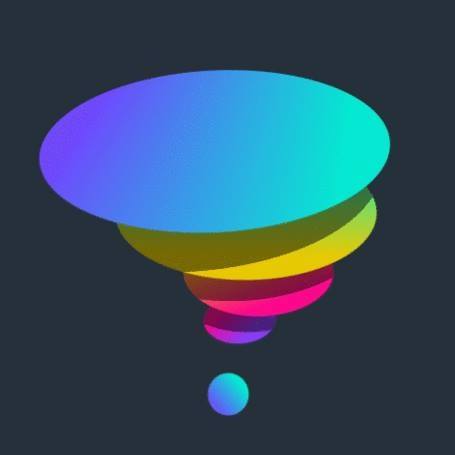 Docuspace.org has offered (untill may10) over 40 films from the 17th Docudays UA competition and non-competition programmes to watch online!

Visitors could watch the films and talk to the filmmakers using the new interactive video app Vialog: a special tool which allows the audience and filmmakers who are located in different corners of the world to interact in the format of public video messages. “Vialog has generated almost 200 unique social videos and more than 400 hours of video playback on docuspace.org! This is incredibly convenient, because the participants of the virtual Q&A require no ex-ternal app or software. Anyone can join the conversation and ask video questions for the filmmaker at DOCU/SPACE with their own phone or laptop,” says David Sarlos, the app’s founder.

The UK startup Vialog has added 400 hours of engagement time to the documentary film festival’s website after the Ukrainian festival was forced to go online due to the global pandemic.

Virtual Q&A piloted at A-list film festival before and Vialog is now looking to expand internationally to deliver engagement technology that is needed for film festivals.